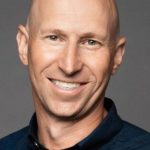 Founder and CEO of AltoIRA

Eric Satz has been an entrepreneur ever since he can remember. From selling lemonade out of an un-air-conditioned van as a teenager in Miami, to running the newspaper distribution business as a student at Amherst College, to even launching a coffee shop in New York City. Building has always been in his blood, but his journey has definitely come with a fair amount of setbacks along the way.

When Eric and his family moved to Nashville, Tennessee in 2003, he and his wife launched Plumgood Food. The business was an online delivery service and worked quite well for several years, up until the economy plummeted in 2008 and crumbled the business along with a big part of the global economy. Leveraging his entrepreneurial experience along with his optimistic fighting spirit, Eric seized this moment and launched a Venture Capital fund with the state of Tennessee as its sole LP (investor) to invest in Tennessee-based businesses. But it was almost a decade later that he had a proverbial “light-bulb moment” and realized he should be using some of the funds of his retirement savings account to invest in private companies and alternative assets. As he continued exploring the idea, he recognized this was a business opportunity and launched AltoIRA.

Prior to his role as founder and CEO of Alto, Eric worked in investment banking at DLJ/Credit Suisse and co-founded several companies, including Currenex, an FX trading solution sold to State Street for more than $550M. He served on the Board of Tennessee Valley Authority from August 2015 to January 2019. After years in New York City and San Francisco, Eric and family moved to his wife’s hometown of Nashville to raise their kids. Nowadays, his pastimes include skiing, soccer, yoga, and all too often hoping this will finally be the year for the ‘Canes and Dolphins. More Details