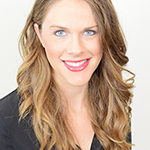 Marti DeLiema, Ph. D. is an interdisciplinary gerontologist and Assistant Research Professor in the School of Social Work at the University of Minnesota, Twin Cities. As an interdisciplinary gerontologist, she defines successful aging as maintaining good health, cultivating meaningful social relationships, and being financially secure. An important component of aging well is avoiding financial abuse and fraud, yet victimization causes millions of Americans to become financially fragile in older age.  Victims also suffer from depression, shame, debt, and loss of financial independence.  Her work focuses on identifying the extent and cost of financial fraud in the US, as well as the factors related to financial victimization.  She has experience in both quantitative and qualitative research methods having led focus groups, published case studies, and analyzed longitudinal data with tens of thousands of respondents. Her goal is to generate and test novel interventions that protect consumers from financial victimization, in addition to understanding the factors that make some people more vulnerable to scams than others. Marti received a Ph.D. in gerontology from the USC Davis School of Gerontology, and a B.S. in biological psychology from UCLA.  Prior to her current position she was a research scholar at the Stanford Center on Longevity in the Financial Security Division. During graduate school she conducted research on elder abuse and neglect in minoritized communities, evaluated outcomes of a multidisciplinary team response to abuse, and studied the tactics scam artists use to deceive older adults.  In addition to her work on fraud and financial abuse, she has published studies on how older adults from different racial/ethnic backgrounds define elder abuse and how mandatory reporters and adult protective services workers perceive elder abuse response.