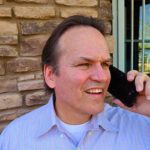 Peter Gantner is the founder and creative entrepreneur at the helm of TruBadger. He is determined to leave this a better world than when he arrived. Upon discovering the blockchain and cryptocurrency, he realized this was a key mechanism to accomplish this task. His passion for people and business has helped him develop skills that are essential in the blockchain movement. These skills include problem-solving, community building, creativity, leadership, and specializing in lean startups. Peter began his entrepreneur career at the age of 12, selling candy “for a profit” to his classmates. Early on, he realized being an entrepreneur was precisely what he wanted to do his entire life. One of Peter’s early successes was Crazy Bones, a collectible game sensation. Founded Peter Gantner Inc- 2014-present- Specializing in excess component inventory and precious metal recovery from e-waste. Founded Toy Craze 1997- Collectible toy that swept the nation and received several major licenses. The collection became so popular it became McDonald’s Happy Meal toys in 2000 sold in 60 million Happy Meals. Founded American Game Caps- Major driver in the POG craze in the early 1990s. Selling products via almost all major retailers. Including major licensed properties. Issued Patent on innovative skateboard design - June 2005 He has been married to Laurie, the love of his life, for 26 years and is the father to three fantastic young adults. https://www.trubadger.io/