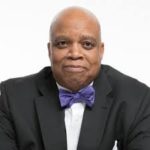 Rodney A. Brooks, a veteran newspaper journalist, writes about retirement and personal finance issues, and racial, wealth and health disparities. His columns currently run in U.S. News & World Report and AARP’s Senior Planet. He has also written columns for The Washington Post and USA TODAY. Brooks is a contributor for National Geographic, Next Avenue, and many others. He has also written about professional athletes and their finances for the Undefeated, an ESPN website. He is author of the book Fixing the Racial Wealth Gap: Racism and Discrimination have put us here, but this is how we can save future generations. He is co-author of Retirement Planning Essentials: A Guide to Living Well Without Running out of Money. He is also author of Is One Million Dollars Enough: A Guide to Planning for and Living Through a Successful Retirement. He is also a successful ghost writer, and has written a half-dozen other books, mostly for financial planners. Brooks was Deputy Managing Editor/Personal Finance and retirement columnist for USA TODAY, where he coordinated all personal finance on all platforms for USA TODAY. He retired in 2015 after 30 years. Previously he was assistant business editor and reporter at the Philadelphia Inquirer. He has also worked as a reporter or editor for The Bulletin in Philadelphia, the Asheville (N.C.)  Citizen-Times and the Ithaca (N.Y.)  Journal. Born in Baltimore, Maryland and raised in Newark and Linden, N.J., Brooks received a B.S. degree from Cornell University and an executive certificate in financial planning from Georgetown University. Brooks is a former McCormick-Tribune fellow, and as part of the program completed the Advanced Executive Program (AEP) at the Media Management Center at Northwestern University. The Media Management Center is operated jointly by the Kellogg School of Business and the Medill School of Journalism at Northwestern. Brooks served as treasurer and member of the executive board of the National Association of Black Journalists.  He later served as co-chair of the NABJ finance committee. He was inducted into the NABJ Hall of Fame in 2021 and is a past recipient of the NABJ President's Award. He has also served on the board of the Society of American Business Editors and Writers (SABEW) and the Associated Press Media Editors (APME). Brooks is a member of the Trotter Group, a national association of African American columnists; the Cornell Alumni Association and is a lifetime member of the Cornell Black Alumni Association. He serves on the Foolproof Foundation’s Walter Cronkite Committee, an organization dedicated to teaching financial literacy in public schools.